You’ll have a whale of a time

There are few things that will make you feel as small – or your smile as large – as seeing the majestic beauty of whales as they swim alongside your boat, breaking the surface to blow misty clouds of water into the air. Set sail off Vancouver’s coast during a whale-watching cruise and you’ll be sharing the waters with a whole world of amazing aquatic life.

Killer whales are the queens of the sea around here — these black and white beauties are at the top of the food chain. You can recognize them easily by their distinctive black and white tuxedo-like pattern, triangular dorsal fins with saddle-like white markings beneath them. Orcas travel with their family packs, led by the eldest female — they’re all about girl power! Your best chance of seeing them is in May through September, as that’s when they turn up to the Salish sea, hunting for migrating salmon.

Resident Killer Whales
The resident killer whale population of the Salish sea feeds mostly off the migrating schools of salmon from the Fraser River. Sadly, these beauties are much fewer in number than they used to be, so glimpsing them is a rare treat, and most whale watching tours will keep a respectable distance due to conservation regulations.

Bigg’s Killer Whales
Unlike their cousins, Bigg’s orca population is thriving in this region — their diet is a little more varied, and they like to chow down on porpoises, seals and sea lions as well as salmon. They’re very social, and you can often spot them playing in the waves.

FUN FACT: All the orcas in this region have names, and most whale watching tour operators can tell them apart! This is because the orcas in the region are tagged, in order to track them and aid in conservation initiatives. Be sure to look out for Princess Angeline (a resident orca) and Stanley (a Bigg’s orca) when you’re here! 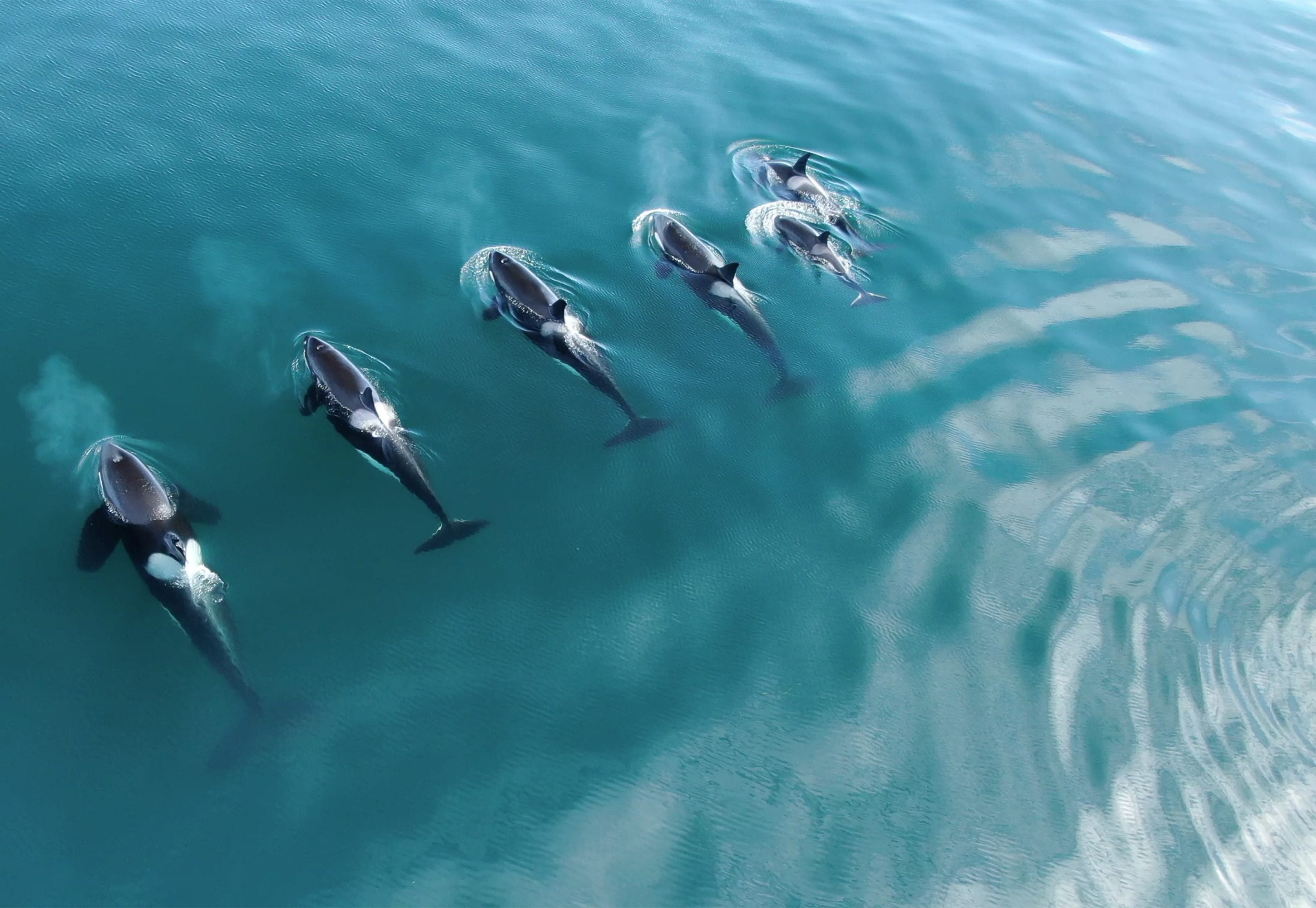 These gentle giants are truly a sight to behold — adults can stretch up to 15.5m in length and can weigh up to 30,000 kg! They tend to glide close to the surface, too, so spotting one nearby is easily done. Listen for their soulful songs, which they’ll sometimes sing for hours at a time during mating season. Once on the brink of extinction, conservation efforts in the 2000s have ensured that now there are close to 8,000 humpbacks gracing the icy waters of the North Pacific region.

Now that you know our friends in the sea, jump back on land and see what else is going on in Western Canada.

YOUR INBOX IS IN NEED OF A LITTLE WANDERLUST.
OUR NEWSLETTER WILL TAKE CARE OF THAT.

We use cookies to ensure that we give you the best experience on our website. If you continue to use this site, we will assume you are on board!AcceptPrivacy Policy